Caste System: Where did it come from? 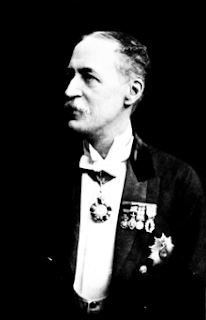 Caste System: Where did it come from?


The word  "Caste" was coined by Christians of Europe in seventeenth century. Spain and Portugal were very strong countries then. The most infamous
" Spanish Inquisition " was in full force. The Catholic church was involved in one of the most heinous crime perpetrated on Jews and Muslims in forcibly converting lakhs of  them to Christianity and killed thousands of them who refused to follow the church's diktat.


Many Jews and Muslims ran away to Southern American countries. The Spaniards chased them there also and along with the Aboriginals of America  whom they called "Indians" , huge number of African  Negroes whom they enslaved enroute to America,they continued their barbaric religious tirade.


Over a period of time the majority males of Jews, Muslims,  Negroes and a few Spanish people started marrying the local American women. Spanish people in order to maintain the "pure blood progeny" created a social system where they remain on top of the ethical hierarchy and the " mixed, impure breed depending on the colour of the skin were grouped differently. They called themselves as 'Chaste' and in Spanish it was 'Caste' and thus started
"Systema da Caste' . They were provided jobs as per their caste, treated socially, taxed as per their caste and the Catholic Church amassed huge amount of money from them.
The local Americans were relegated to the much lower class and  their social and religious system were rubbished.


Same thing the British did when they came to India..!!


India historically has Gothras, Kula, Jaathi and Verna embedded in the social structure. This system worked fine for the religious and social functions like wedding etc.  The relevance, depth and importance was never understood by the British and the church. They didn't want to understand, for the British came to loot  one of the richest country of that time, and the Church to spread the Christianity willingly or by use of force.


What Lord Thomas Macaulay did to the Indian education system by destroying traditional Gurukul system, Completely removing Sanskrit and Sanskrit based scriptures..to make way for English and to undermine the values of Sanathana Dharma so that the Christianity gets a free passage across the length and breadth of this country, another villain in the garb of a census Commissioner was emerging to destroy the social fabric of our country and introduce
"Caste System " in India..he was Sir Herbert Hope Risley (1851-1910) and from the fallout of such a fallacy we haven't recovered even now..not easy to do so for the poison this man administered was so potent.
Posted by Wing Commander B S Sudarshan at 9:10 AM